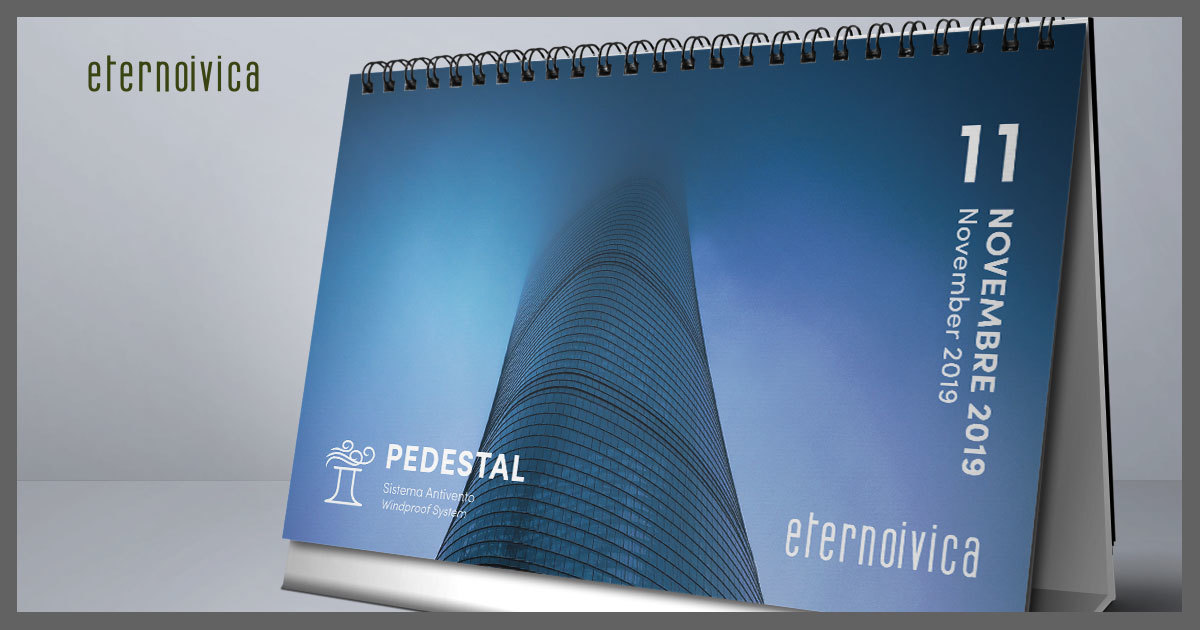 Report of the events November 2019

A collection of the events that have seen Eterno Ivica protagonist

Eterno Ivica goes all over the world and November has been a great month for news leads and new collaborations!

Eterno Ivica has contributed to this edition by presenting all the latest innovations in outdoor raised floors, with Pedestal and Woodeck, and sound-absorbing panels with the Phonolook line.

Our stand had, as always, great success: thanks to an entire plywood wall it was possible to view and touch the Solution and Design panels, while the Pedestal supports were perfectly and clearly visible through the display platforms. 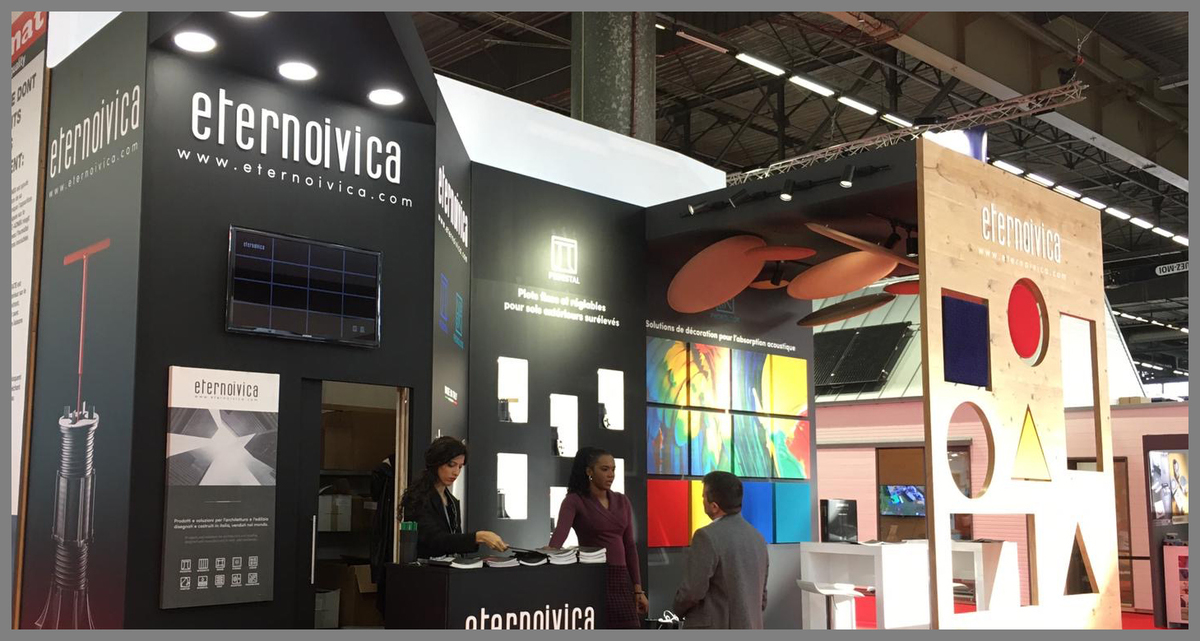 As already happened in several past editions, Architect @ Work has allowed us to get in touch with a vast number of architects, designers and professionals who have been able to discover the world of Eterno Ivica's soundproofing here. In particular, we exhibited the panels of the Phonolook 3D line, characterized by a very special embossed fabric able to make the panels more attractive, thus becoming a perfect piece of furniture for different types of environments, from the hotellerie to the contract, while still maintaining the high performance in terms of absorbance of medium-high frequencies.

At the center of the stand was placed an additional rotating panel so as to give each visitor the opportunity to observe it in its entirety and also touch the fabric with TheBreath technology. This special fabric, positioned on the back of the panel, allows to purify the air of the internal environments thanks to a particular three-layer system that captures and disrupts the polluting particles and source of bad smells, thus preventing them from being released again. 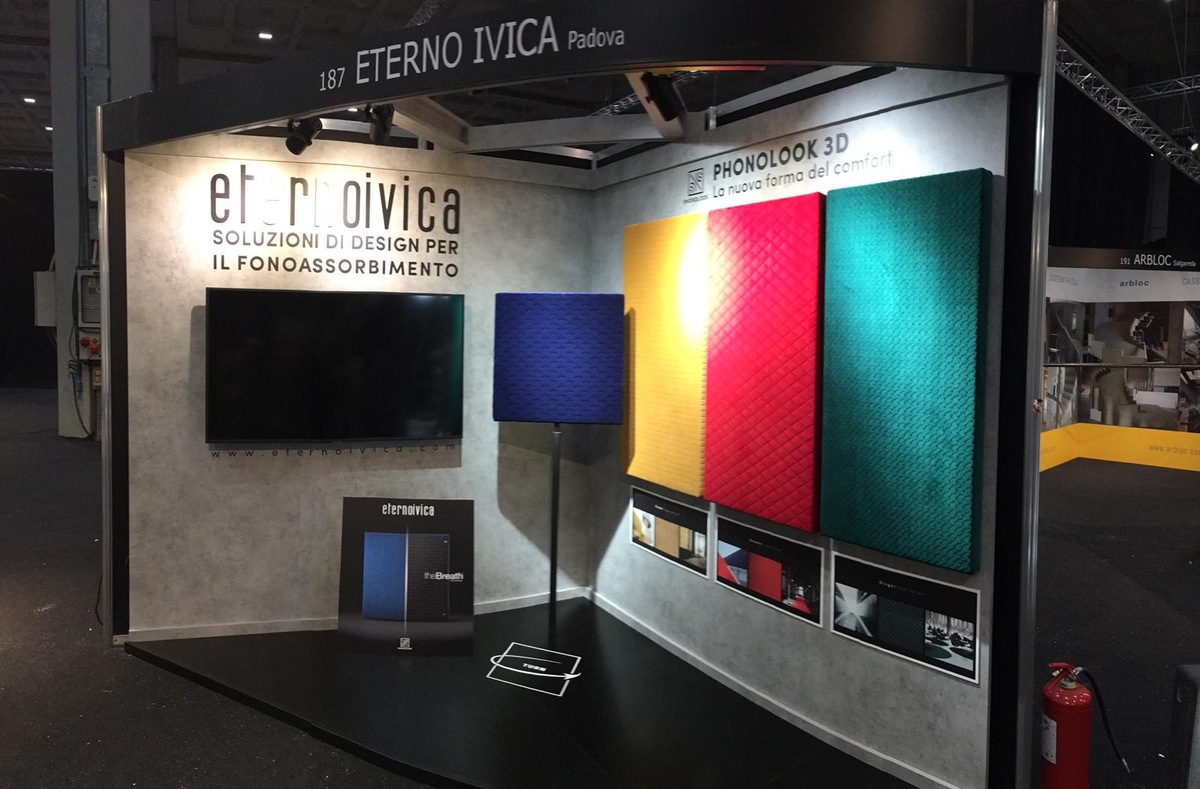 From November 25th to 28th we took part in the Big 5 in Dubai for the second time. An international event that involves realities from all over the world.

Pedestal and Woodeck lines absolute protagonists, together with Granulati Zandobbio, of all the possible solutions to pave, through the system of the raised floor, external areas such as terraces, swimming pool edges, dehors and much more! 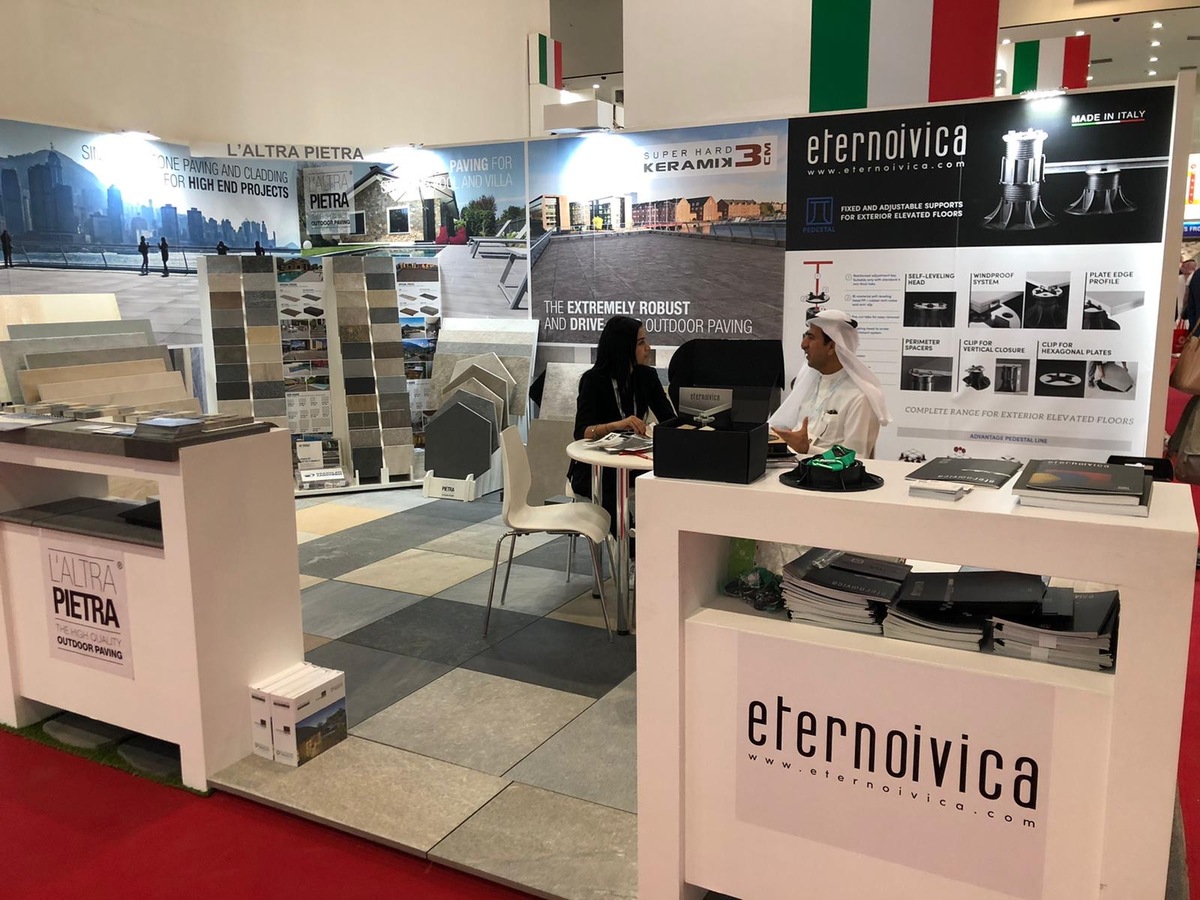 Finally we were the sponsor of the Imperbene conference which took place in Bologna on November 29, 2019. On this occasion, the issue of waterproofing and related responsibilities was faced.

Participation was considerable with almost a hundred professionals. 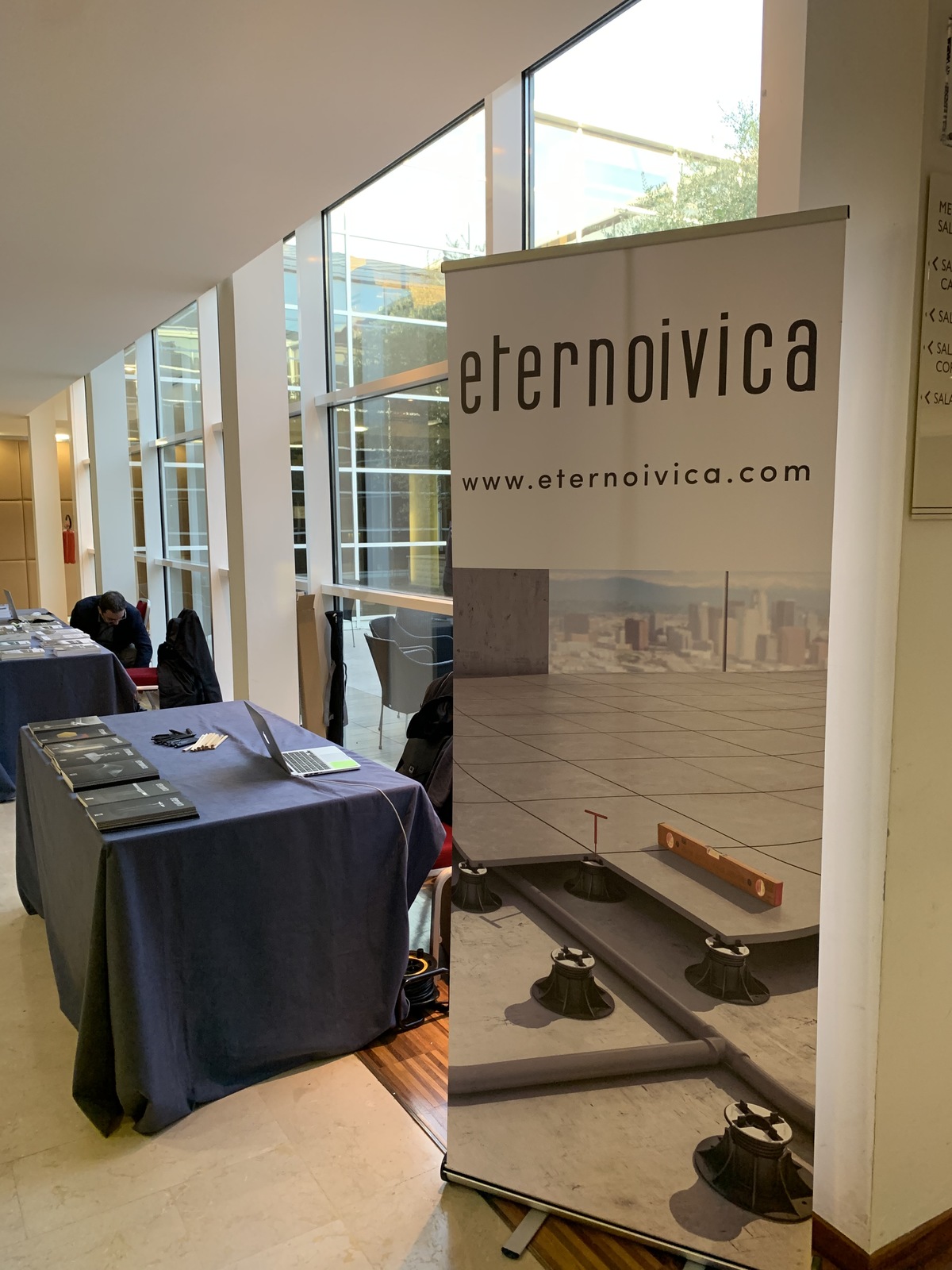 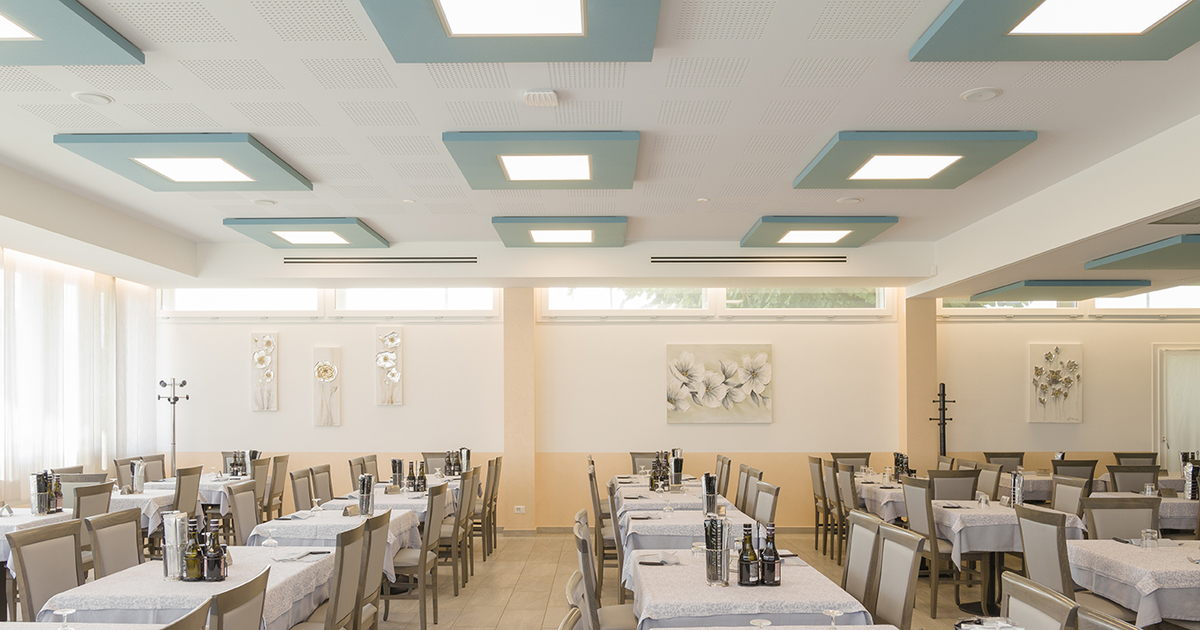 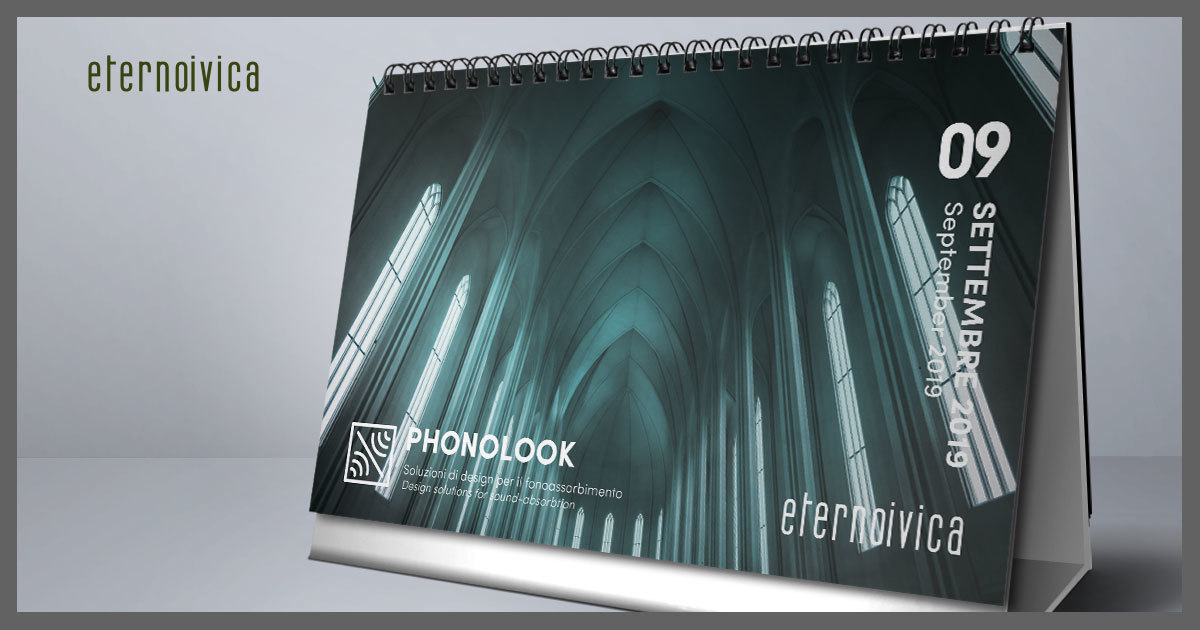 Report of the events September 2019 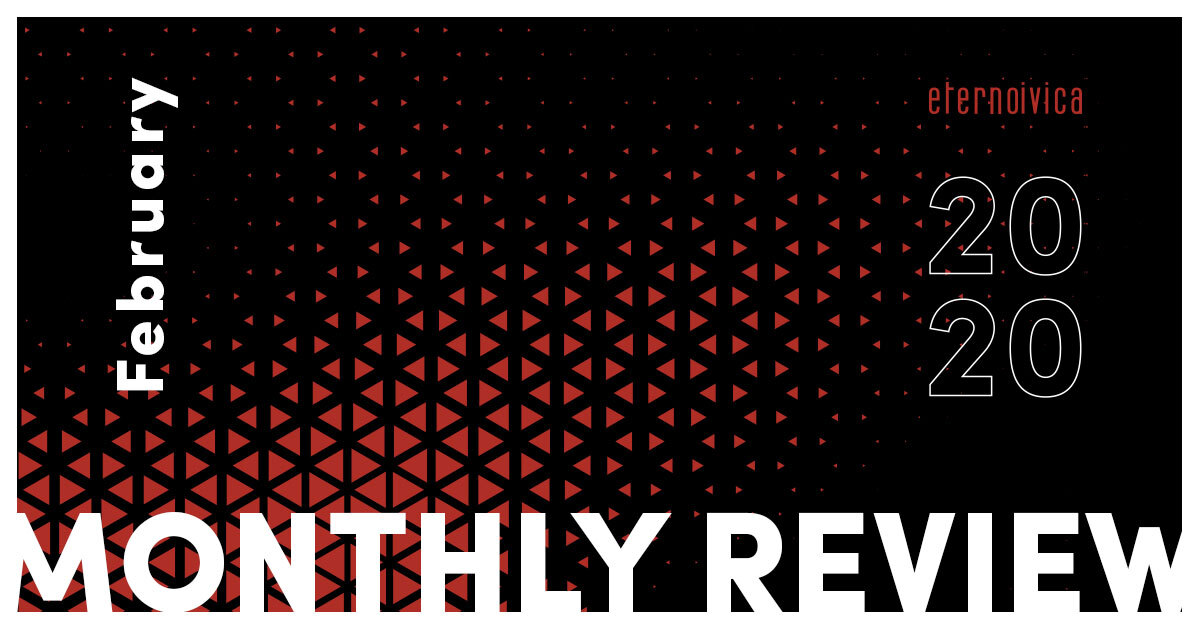 No, I do not want to receive the latest news from Eterno Ivica.